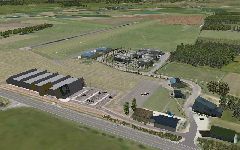 Near Sedan, airfield Roger Sommer has been recently renovated to accommodate more activities. This airport has four single-engine is framed by two instructeurs.Ce site also includes a track for aeromodelling west -> "CARS club" that awaits all lovers. Good flight to one and all --> [...] 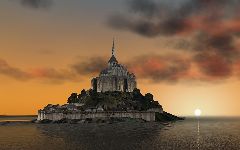 Mont Saint Michel , eight wonder of the world, adapted fron Flight Simulator(author:Pascal DUMAT) for X-Plane 8 and now X-Plane 10. Nearby, LF 3553 is a tiny ultralight base settled in a farm from which touristic flights are organized. 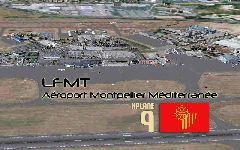 A scenery waited since a long time ! Titounet66 was close to let down this project but, fortunately, Cigaloi30 came to help him to finish this excellent first version of this airport... and available for free !   Thanks to them ! 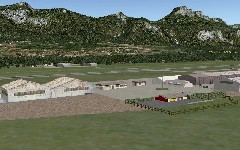 Controlled aerodrome, Grenoble-Le Versoud is located at the north-east of Grenoble at the foot of Belledone mountain in Grésivaudan valley. It is located near Grenoble city.  The field has a paved runway of 900 meters and a grass strip both 04/22. Small update on 2013 june : added the two missing [...] 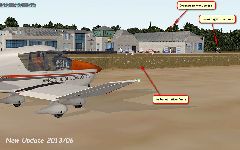 The Cerfontaine airfield, located near the tourist resort of the Lakes of "Les lacs de l'Eau-d'Heure" (http://www.lacsdeleaudheure.be) at 35 km southeast of Charleroi, has a complete infrastructure for all air sports. The grass runway is 600 m. Several clubs and associations are established: USF [...] 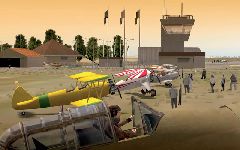 This part of global Paris scenery had begun in 2005 with the modeling of Saint-Cyr lEcole airfield (LFPZ). In 2007, the scenery of PARIS has been adapted to the DSF format and several airfields came in addition to LFPZ in a separate scene.  Were modeled at the time: LFPZ / LFFE / LFPH and [...] 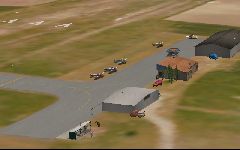 Ribérac, in the Dordogne region, is a place where airmen like to land and have a perfect lunch with good food and good wine. Its easy grass runway is completed by a large meadow where paramotorists and aeromodelists can enjoy their hobby. 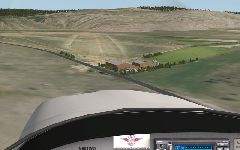 Three grass runways far from any village amidst one of the most desertic region of France : the Causse Méjean.Gliders constitute here the main activity. 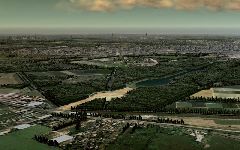 This part of the Paris scenery had begun in 2005 with the modelling of the Versailles Castle. In 2007, the PARIS scenery has been adapted to the DSF format and Paris suburbs (including Versailles) had to wait until 2008 to exist as a separate scenery.  With this new version, you will find the same [...] 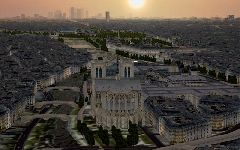 Originally this scenery started in 2005 by a photorealistic zone (4 m/pix resolution). The area was a square whose center was Paris and whose diagonal was going from Roissy (LFPG) to Versailles (LFPZ).  The first DSF version of this scenery had to be adapted over the poorly positioned river of [...]
14937 distinct visitors from Mar 01 2021.
Page created in 0.127 s
Members connected : 0, 8 Visitor(s)